On 13 March 2017 Zhuoran Yin defended her thesis Microglia phenotypes in aging-associated diseases and Zhilin Luan defended her thesis Susceptibility genes for schizophrenia and their functional relationships in front of a committee of established researchers and was awarded with the doctor’s title. 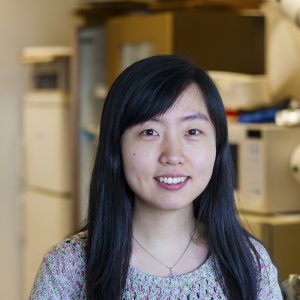 Due to the improvement in the public health and medical care, the life span of human beings has elongated considerably over the last decades. Consequently, the occurrence of aging-associated diseases has also increased. Inflammation of the brain increases during aging and could be an important factor in neurodegenerative diseases. Microglia, the local immune cells in the brain, are the key cellular mediators of brain inflammation. The aim of this thesis is to explore changes of microglia in aging-associated neurodegenerative diseases. For this purpose, we studied microglia activity in animal models or human brain samples for aging, Alzheimer’s disease (AD), tauopathies, and obesity.
Around the clumps of the protein amyloid beta that appear during AD, we observed very strong immune activity of brain immune cells. We found this in mouse models for AD as well as in the brains of deceased patients suffering from AD. We also observed increased inflammation in the white matter of brain tissue from deceased aged humans and from AD patients. Moreover, in animals fed with high-fat diet, we found an increased number of brain immune cells in the food satiety center of the brain. After application of a low-fat diet combined with limited food intake, we observed reduced inflammation in the white matter of the aging brain. Finally, a new transgenic tauopathy mouse model Tau 58/4 with deteriorating motor dysfunction is reported. These findings suggest microglia phenotypes in aging-associated diseases and provide the prognostic value for detecting the onset and progression of aging-associated diseases. 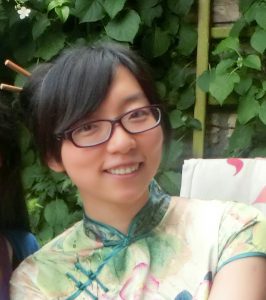 As a highly heterogeneous disorder, the genetic risk for schizophrenia probably results from joint effects of many loci with small contributions. In this thesis, a combined genetic and functional approach was applied to examine the involvement of several candidate genes in schizophrenia. These genes were selected based on a genome-wide association study (GWAS) in a Chinese Han population and two major hypotheses on the pathogenesis of schizophrenia.

Numerous single-nucleotide polymorphisms (SNP) for these gene loci were genotyped. The distributions of allelic and genotype frequencies between cases and controls were examined, and we found that several SNP markers and haplotypes of STON2, MSI2, NAT2 and SOX11 were significantly associated with schizophrenia, indicating their contribution to the risk of schizophrenia. For the SOX11 gene, we further focused on its role in neurodevelopment. Mouse neural stem cell and primary neuron models were applied to investigate Sox11 function in neurodevelopment. The spatiotemporal expression profile of the Sox11 gene was examined by realtime PCR and in situ hybridization. By introducing Sox11 shRNA constructs into the developing mouse cortex, the neuron migration pattern was evaluated. Our results showed a high expression of Sox11 in neurogenic brain regions and Sox11 impacted the early stage of neurodevelopment by inhibiting neural stem cell proliferation and inducing neuronal differentiation. Additionally Sox11 functions as a neuron maturation inhibitor by blocking neuron development, axon growth and neuron migration.

Our genetic studies showed significant association of the relevant genes with schizophrenia, and functional examination of schizophrenia-associated SOX11 gene revealed its essential involvement in multiple phases of early-stage neurodevelopment.